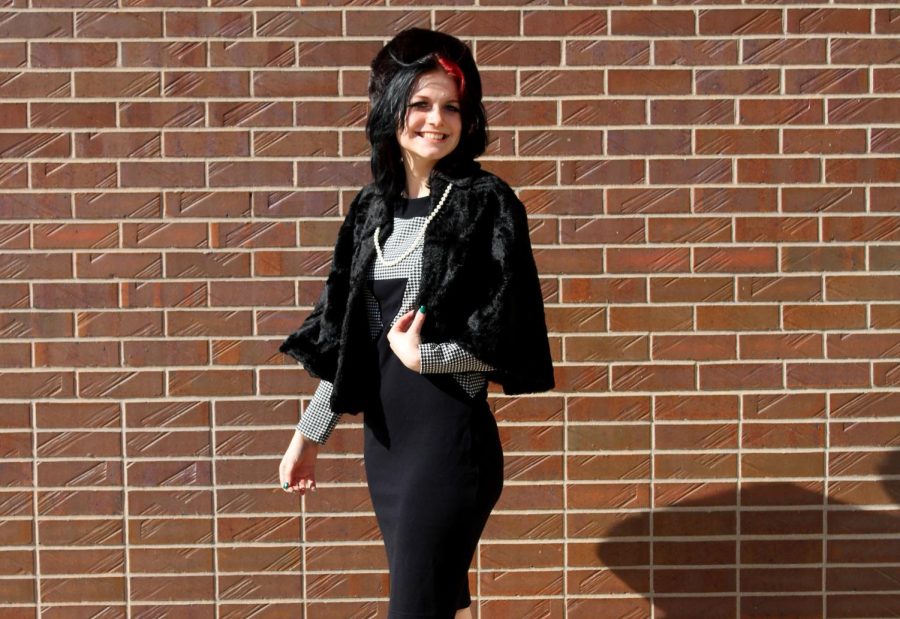 On Feb. 16  2022, junior Aubrey Powell wore a wedding dress to school. This wasn’t for the theater club, nor any performance class; she wanted to express her confidence. Although, Powell does not reflect why or how the student body majority dresses the way they do at Salina South High School. The majority of the students dress according to peer and grade level factors.

Sophomore Kayla Masse said that, “Sometimes I will choose clothes just because my parents want me to get them,” but Masse isn’t alone. Senior Shael Lefort wrote that their mother also picks out their clothing. This poses a clear issue on how people dress because 85% of the student body argues in the same poll that they feel more confident when they dress the way they want to. If students argue that they feel more confident when they dress based on their own decision, not influenced, then it raises a question of confidence among the student body. But, before that question can be answered the issue of how someone dresses must be further examined.

Clothing decisions are based on grade level as well. If asked, most seniors such as senior Sebastion Rortina responded that, “If it smells clean and looks good,” they’ll wear it. Freshman don’t share the same opinion. When interviewed in the poll of 190 students, freshmen stated they base decisions on the weather, style, and comfort, not just if it smells good. Freshman Elizbaeth Lovett stated that she chooses her clothing based on comfortability and sophomore Sarah Kimani notes, “I choose my clothing based on what I love to wear, but also what is trending.” The freshman Lovett, and sophomore Kimani further mentioned that they also feel confident in these clothing decisions. So, does peer influence actually denote confidence level? It depends on the student.

While wearing a wedding dress at school may seem scary, it might be key to unlocking that confidence level you always wished for. The students at South High, and any school for that matter, all are different. Therefore, the way the body dresses reflects that, despite the influence that they face. But, peer influence and grade level significantly influence how students dress at Salina South High School.