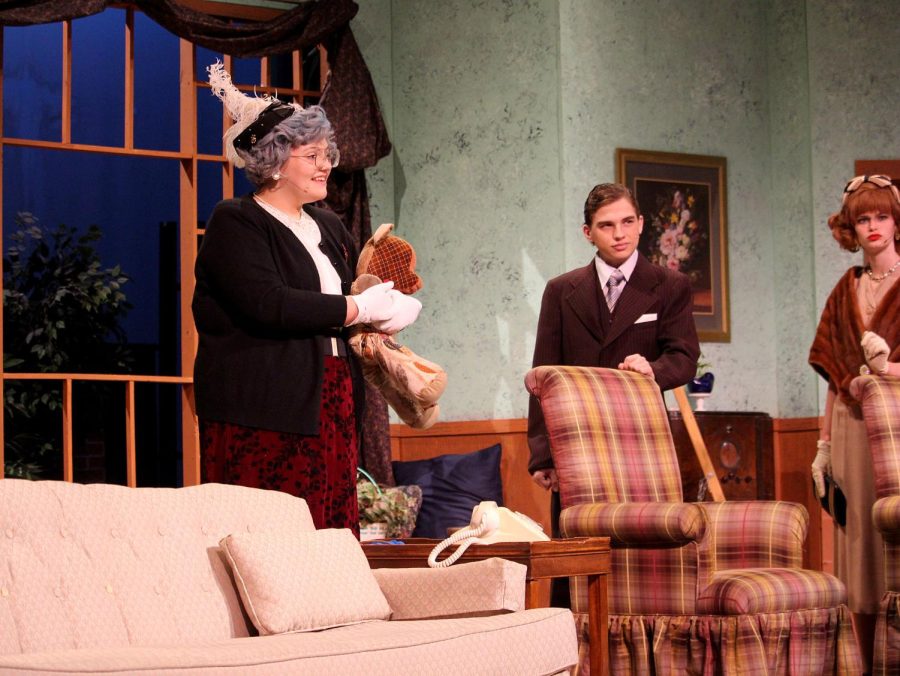 The Salina South Theatre department started its season with its first show, “The Curious Savage.” The play took place on Nov 4, 5 and 6.

South Theatre has always been open to anyone behind the scenes or on the stage.

Sophomore MJ White, who starred as Mrs. Savage explained, “My favorite part of the show was just having fun with it. It’s a hilarious show to be a part of, and being in the middle of it all as Mrs. Savage made it so fun.”

“I recommend theater because it feels good to do good. So many people are proud of you in the end result.” Powell said.

“Troupe 1476 makes all these activities fun, exciting, and worth it. I recommend theater because theater is what I love.”

South Theatre enjoys a week off before starting auditions for this year’s musical, Cinderella. Auditions take place on Nov. 14, 15 and 16. Information about auditions and audition workshops can be found at http://www.salinasouththeatre.com.